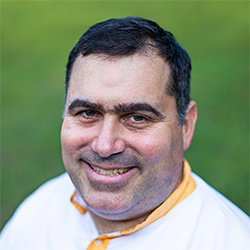 Rudra is a graduate of the All Faiths Seminary in New York, where he received ordination from the late Rabbi Joseph Gelberman as an interfaith minister. He is also an Integral Yoga Minister.