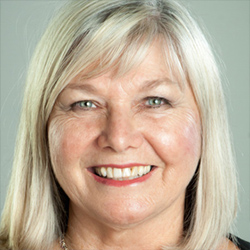 Meera has been associated with Integral Yoga since she began taking classes at the Danbury Center in 1973, where she had the opportunity to meet Sri Gurudev and sing for him.  She took teacher training in 1978 and soon began teaching at the New York IYI, where she was working on her first album, Water My Soul, for RCA records.

As Meera moved into middle age, she began adapting her Yoga practice for her older, bigger body, and developed an adapted program called Big Yoga—Big, in terms of the body, but also in terms of the expansiveness of the various Yoga practices.  Her book, Big Yoga:  A Simple Guide for Bigger Bodies,won the Benjamin Franklin award for best book in Health and Wellness, and her new book, Big Yoga for Less Stress launched in 2015 from Square One Publishers.  There are also Big Yoga DVDs for home practice, including the popular Big Yoga Flex-Ability, a practice modeled after the Joint Freeing Series.  Meera divides her time between living here in Yogaville and living along the beautiful shores of Lake Michigan in the summer.